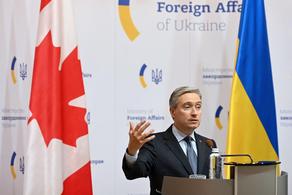 The government of Canada supports police reform in Ukraine by two million Canadian dollars (around 1.3 million euros). The information is placed on the Canadian government official webpage.

The press release also mentions that the Canadian Foreign Minister, François-Philippe Champagne, during his visit to Ukraine, discussed the measures undertaken by the Ukrainian government to protect its sovereignty and territorial integrity against the Russian aggression.

In the frames of the European tour, François-Philippe Champagne also visited Poland and Latvia. He met with the Canadian soldiers dislocated in these countries under the aegis of NATO mission.