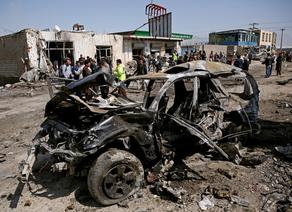 Two security officers were killed in a car bomb blast in Laghman province, Afghanistan. 26 people were wounded, including 20 children and 6 security personnel.

The blast occurred when children were studying the Quran in a mosque.

It is not yet known whether the incident was a terrorist act. No extremist group has claimed responsibility.