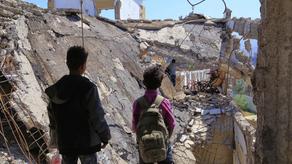 Saudi Arabia temporarily declared a cease-fire with Houthis in Yemen. The decision followed a statement by Antonio Guterres Secretary-General of the United Nations, in which he called on the parties to a truce and a joint fight against the coronavirus pandemic.

The military conflict in Yemen with the Houthis started in March of 2014, Saudi Arabia became involved in the conflict in 2015.

Since the start of the epidemic, the virus killed 88,531 people.