China becomes second nation to erect its flag on the moon 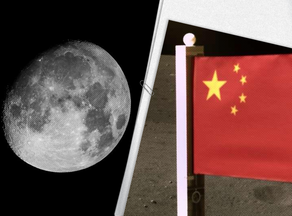 China became the second nation to plant its flag on the moon after the United States, Indiatoday reports.

Earlier, the US planted the first flag on the moon during the Apollo mission in 1969. In the Apollo program, which first put men on the moon, the US landed 12 astronauts over six flights from 1969 to 1972, bringing back 382 kg (842 pounds) of rocks and soil.

On Friday, the China National Space Administration (CSNA) released pictures of a Chinese flag placed on the lunar surface.

The pictures were taken as China's Chang'e-5 lunar vehicle finished collecting lunar rocks and soil samples more than a day ahead of schedule in the first lunar sample retrieval mission since the 1970s.