China calls on Armenia and Azerbaijan to resolve dispute through dialogue 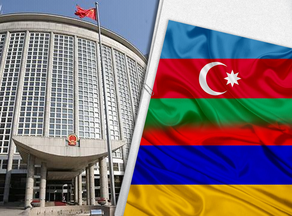 The Chinese government hopes that Armenia and Azerbaijan will be able to resolve their differences through dialogue. Wang Wenbin, the spokesperson of the Ministry of Foreign Affairs of China, revealed the position of the country.

He expressed hope that the parties will show restraint and peace will be established in the region.

"China is convinced that maintaining peace and stability in the region is in the interests of all parties, including Armenia and Azerbaijan," Wang Wenbin said.