Chinese official acknowledges that the Chinese vaccine is less effective 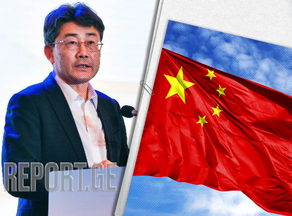 Gao is the first Chinese official to recognize a problem, although Western countries have already agreed on the Chinese vaccine's ineffectiveness. For example, according to clinical trials in Brazil, the efficacy of the vaccine produced by Sinovac was 50.4%, while the vaccines of Pfizer-BioNTech and Moderna were 97% and 94% effective. As for the Sinopharm vaccine, the Chinese company claims that their vaccines will protect people by 79.4% and 72.5%.

Because Gao's comments received much attention on social media and his words were spread by many media outlets worldwide, Chinese censors soon expanded the discussions and published an interview with Gao, where he says that his words were misunderstood.

"Protection rates for all vaccines in the world are sometimes high and sometimes low. How we can improve their effectiveness is a matter for scientists to consider," Gao said.

China's official position that the vaccines they have developed are effective and safe does not change.