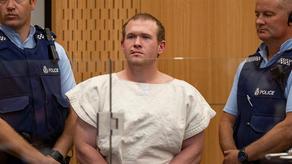 A white supremacist who killed 51 people at two mosques in New Zealand will serve life in jail without parole - the first person in the country's history to receive the sentence, BBC reports.

BBC says that Australian Brenton Tarrant, 29, admitted to the murder of 51 people, attempted murder of another 40 people and one charge of terrorism.

The attack last March, which was livestreamed, shocked the world.