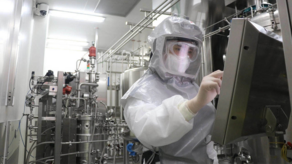 The Chinese company China National Biotec Group (CNBG) has successfully tested one of its vaccine on humans.

According to the preliminary data, the company says one of the vaccines helped the human body develop antibodies to fight the novel coronavirus. Reportedly, 1,120 people participated in the testing.

CNBG declared in early June that another test conducted in Wuhan proved the vaccine's safety, and the majority of tested people developed a sufficient number of antibodies to fight coronavirus.

China is working on the development of eight possible vaccines and is among the leading countries that work on it. Though none of the vaccines have overpassed the third stage, thousand of people need to participate in the third stage of testing, and the testing must be done in natural conditions in a country where the virus is widely spread.