CNN: US on the start of 'deadly winter’ 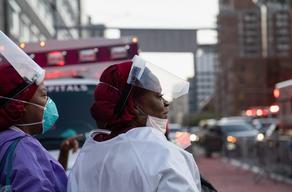 For weeks, experts have warned Americans in increasingly dire terms that this winter will be one of the darkest periods in the nation's public health history, CNN reports.

"The reality is, December and January and February are going to be rough times," Dr. Robert Redfield, the director of the US Centers for Disease Control and Prevention, warned Wednesday.

"I actually believe they're going to be the most difficult in the public health history of this nation, largely because of the stress that's going to put on our health care system," he claimed.