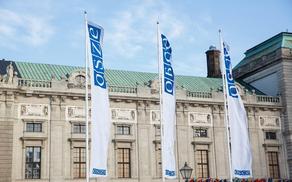 The Co-Chairs of the OSCE Minsk Group (Igor Popov of the Russian Federation, Stephane Visconti of France, and Andrew Schofer of the United States of America) have released a statement in which they call on the sides involved in the Nagorno-Karabakh conflict to make a truce so that they are enabled to retrieve the bodies of their deceased military men.

"We strongly condemn the use of force and regret the senseless loss of life, including civilians. The Co-Chairs appeal to the sides to cease hostilities immediately and to resume negotiations to find a sustainable resolution of the conflict.

The Co-Chairs call on the sides to take all necessary measures to stabilize the situation on the ground and reiterate that there is no alternative to a peaceful negotiated solution of the conflict," the statement reads.