Cuba has the first Prime Minister since 1976 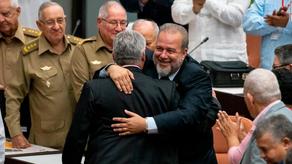 Cuba Parliament appointed a Prime Minister. National Assembly supported the Tourism Minister Manuel Marrero Crus in this position. He is the first Prime Minister of the country since 1976.

The 56-year-old Crus has been leading the Tourism Ministry during the last 16 years. As reported by the media, the tourists’ inflow in the island has significantly increased in this period.

Fidel Castro was the country’s Prime Minister in 1959-1976. In 1976 the new constitution canceled the position of Prime Minister, and Castro became the Head of the Council of Ministers and the Chairman of the State Council.

The position of the Prime Minister was restored at the beginning of the current year, consequent the constitutional changes.