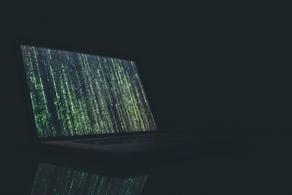 The Belorussia government states that DDoS-type cyber-attack was accomplished on the country's state resources on the background of the presidential elections. The Belorussian Cyber Threat Response Center spreads the information on the fact

The statement published on the organization's web page reads that at 22:00 yesterday, a DDoS-type cyber-attack was accomplished on the BY-NET infrastructure.

According to the statement, the attack was also accomplished on the KGB and Internal Ministry's web pages.

Simultaneously, according to the voting process independent monitoring site, Zubr.in, also states that the work on their platform is also hindered today.

The internet does not smoothly reach the Belorussia population today, either.

Belorussia is holding presidential elections today. There are five candidates for the position, including the current acting president Alexander Lukashenko, who has been ruling the country for the last 26 years.

Presidential elections are running on the background of tension and riot in the country. The set of scandals accompany the election process, including the arrest of opposition leaders and massive protests against Lukashenko. In case Lukashenko wins the election, it will be his sixth presidential term.