Death toll after prison riot in Ecuador rises to 67 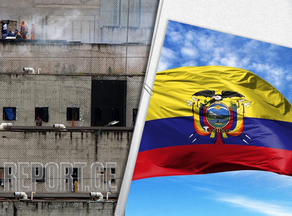 The death toll from riots in three Ecuadorian prisons has risen to 67; the Xinhua agency spreads the information based on the country's police.

It is yet unknown how many police officers were injured.

According to preliminary information, the cause of the riot was a confrontation between groups of drug dealers.