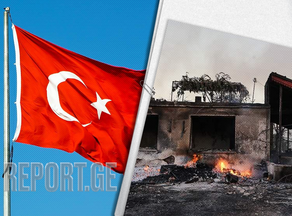 The death toll from large-scale forest fires in southern Turkey has risen to four, Bekir Pakdemirli Minister of Agriculture and Forestry of Turkey revealed.

"Unfortunately, we lost another citizen in Marmaris," he wrote on Twitter.

In addition, about 200 people were injured.

According to Pakdemirli, fires are currently raging in seven provinces of Turkey. Three planes, 38 helicopters, 680 fire trucks, and about four thousand people are involved in the liquidation works.