Death toll from floods in Turkey rises to 27 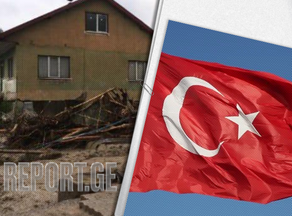 The death toll from floods and mudslides in Turkey has risen to 27, AP reports.

The disaster mainly affected the cities of Sinop, Bartin, and Kastamonu on the Black Sea coast.

According to reports, 25 people were killed in Kastamonu, two in Sinop.

There is large-scale destruction in the region.