Director of Navalny's Anti-Corruption Foundation not confirms they mov 7 May, 2021  23:18 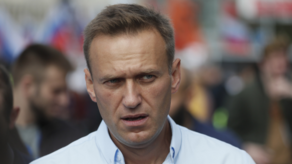 The Director of Kremlin critic Alexei Navalny's Anti-Corruption Foundation, Ivan Zhdanov, states that the Russian РБК news agency's reports saying that the foundation plans to continue its activities from Georgia is not close to the truth.

Ivan Zhdanov told the Russian TV Company ''Dozhd'', also known as TV Rain that they had visited Georgia on holidays.

''Some employees of our foundation are really spending their holidays there, but we do not control our staff members' personal life,'' Mr. Zhdanov said.

Some members of the foundation, including Giorgi Alburov, Ruslan Shavedinov, and the technical crew are already in Georgia. Also, state-of-the-art equipment has reportedly been sent here.

A court in Russia imposed sweeping bans on the Foundation (FBK), and the prosecutor's office said the foundation and all organizations linked to it aim to change Russia's constitutional arrangement through destabilization and a revolution.

In late-April, Navalny's activities were desgnated as ''extremist'', and ''terorrist''.