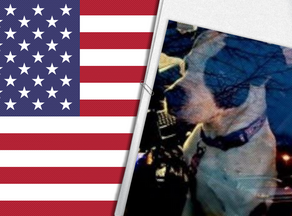 After a 9-hour search operation, police in New Jersey, USA, was able to find 78-year-old Fred Rapp, who went missing on November 27. The Law enforcer was assisted by his dog, who brought the officer to the owner himself. Local media writes about the case.

Police searched the forest using GPS data from the men's cell phone. Due to the difficult terrain, the signal could not be detailed, which delayed the search operation. Police even used drones and ATVs, but all attempts were in vain.

The next morning Sergeant Charles Brooks found Rapp, who was hunting in the area. Brooks noticed the dog, which, as it turned out, belonged to Rapp. The animal brought the sergeant to the owner, who safely managed to pull the man and the dog out of the forest.

"We are very fortunate that Sergeant Brooks was in the right place at the right time," police said.