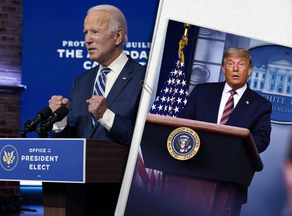 US President Donald Trump posted on Twitter that the US President-elect, Joe Biden, is a ‘fake president.’

He compared the 2020 presidential elections with the third countries’ elections.

A young military man working in Afghanistan told me that elections in Afghanistan are far more secure and much better run than the USAâs 2020 Election. Ours, with its millions and millions of corrupt Mail-In Ballots, was the election of a third world country. Fake President!

Democrat Joe Biden became the President, but Trump from GOP does not recognize the election results and refuses to leave the White House after Joe Biden inaugurates.

The election results will be officially approved on January 6, 2020, while Joe Biden’s inauguration will be held on January 20, 2021.