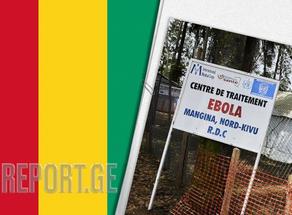 The death toll from Ebola in Guinea has reached nine, the Regional Office for Africa of the World Health Organization reports.

As the WHO reports, the total number of people infected with the Ebola virus equals 18.

The first death from Ebola was reported on January 28, 2021, in Guinea.

A total of 1,604 people have received the vaccine against the virus.

On February 14, 2021, Guinea announced the beginning of the Ebola epidemics.