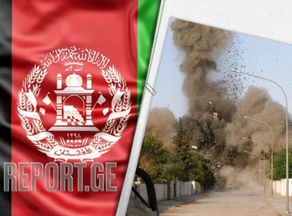 Eight security force members were killed in a car bomb explosion that targeted a civil order forces unit in Shirzad district of the eastern province of Nangarhar on Saturday morning, Tolonews reports.

The civil order forces unit operates under the Afghan National Army, according to local officials.

The explosion happened in the Gandumak area in Shirzad district, a statement by the Nangarhar governor’s office read.

Meanwhile, Obaidullah Shinwari, the deputy head of the provincial council in Nangarhar, said that at least 14 security force members were killed in the attack.

Taliban claimed responsibility for the attack.