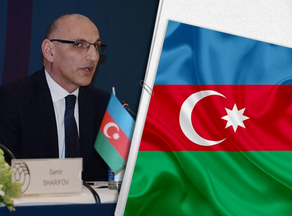 "The recent military provocation and attack from Armenia should be seen as an Armenian strategy of consolidation related to the status quo, the result of illegal occupation, ethnic cleansing, and violation of international humanitarian law," the Assistant to the First Vice President of the Republic of Azerbaijan, Elchin Amirbekov stated on France24.

According to Elchin Amirbekov, in July and August, Armenia intensively supplied weapons to Nagorno-Karabakh, mobilized up to 100 000 people, settled the area with ethnic Armenians, and transferred mercenaries from the Middle East.

"The purpose was to provoke Azerbaijan to retaliate, to arise the conflict, to try to drag the third forces into the conflict and finally fail the peace process," said the Assistant to the First Vice President of Azerbaijan.

According to Amirbekov, Azerbaijan is currently carrying out a counterattack on its sovereign territory.

He also answered a question about Turkey's activities and said that the country had been a full member of the Minsk Group since its inception.

"Turkey supports the restoration of peace in the South Caucasus by neutralizing the Armenian aggression, first and foremost, by ending the illegal occupation of Azerbaijani lands," he said.

According to Amirbekov, Armenia should understand that the current status quo is unacceptable, so it should be changed.

"The Armenian leadership must recognize that its destructive policy has no future, stop military aggression and sit down at the negotiating table," said the Assistant to the First Vice President of the Republic of Azerbaijan.