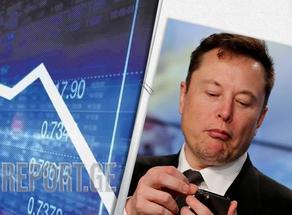 Elon Musk set records last year for one of the fastest streaks of wealth accumulation in history but the Tesla Inc. chief executive officer has lost $27 billion since Monday as shares of the automaker tumbled in the selloff of tech stocks, Live Mint reports.

His $156.9 billion net worth still places him No. 2 on the Bloomberg Billionaires Index, but he’s now almost $20 billion behind Jeff Bezos, who he topped just last week as world’s richest person.

The rout in Tesla Inc. shares has far exceeded the broader market’s decline and wiped out over $230 billion from the electric-vehicle maker’s valuation in the past four weeks.