Erdogan asks Europe for support in the Libyan conflict 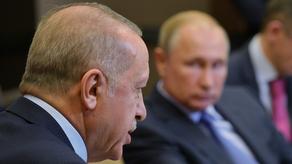 Turkey provides military support to the internationally recognized government of Libya, and Recep Tayyip Erdogan asks Europe for support to finish the conflict.

“Taking into account that Europe is less interested in military support of Libya, it would be the right decision from their side if they support Turkey in it,’ – says Erdogan. “We will train the Libyan military forces and help to fight terrorism, trafficking, and other hazards,” – added the President of Turkey.

Recep Tayyip Erdogan made the statement before the Berlin Summit. Germany and the UN will try to persuade the riot Libyans, that are making attempts to conquer Tripoli, to sign the ceasefire agreement

Starting from 2011, after the execution of Muammar Gaddafi, there is a permanent riot in Libya. The two conflicting parties are supported by Turkey from one side, and by Russia – from another side. The leaders of the mentioned countries, as well as the riot leader, General Khalifa Haftar, and the UN-recognized head of the government, Fayez al Sarraj, are in Germany to try to solve the conflict.