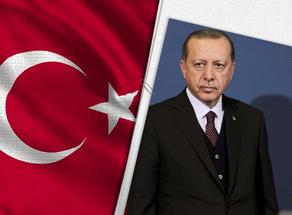 "Even if the entire world ignores Israel's aggression against Palestine, Turkey will not tolerate this situation," Turkish President Recep Tayyip Erdogan stated.

"Ankara opposes attacks on the Al-Aqsa mosque, just as it did not allow the creation of a terrorist corridor along Turkey's borders with Syria," he said.

"We are saddened and outraged at the brutality of Israel, a terrorist state that dares to attack only children, defenseless women, and innocent people. Turkey's position on this issue is principled," Erdogan stated.