Erdogan speaks about the importance of the Baku-Tbilisi-Kars railway

Erdogan speaks about the importance of the Baku-Tbilisi-Kars railway 8 October, 2021  15:52 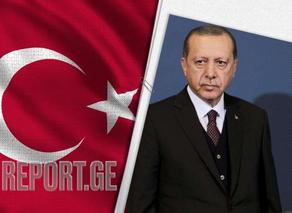 "We have ensured the uninterrupted movement of trains on the Baku-Tbilisi-Kars railway," Turkish President Recep Tayyip Erdogan told the 12th Transport and Communications Council at Ataturk Airport, the Azerbaijani media reports.

According to the Turkish leader, the Ankara-Sivas high-speed train line will soon be commissioned. He said the work is underway on many routes.