Erdogan to Macron: You have no knowledge of history 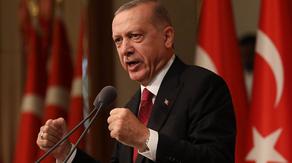 In Corsica's meeting, which was attended by representatives from Portugal, Italy, Spain, Malta, and Greece, he said that Turkey was no longer a partner in the Mediterranean region. Such a reaction of the French President was caused by the fact of tension between Greece and Turkey unacceptable encounters with a French ship off the coast of Libya.

In a statement, the Turkish Foreign Ministry condemned Macron over his "arrogant" remarks. Erdogan said that the French leader could not lecture Turkish people on humanity.

The President of Turkey recalled the massacres in Algeria and Rwanda, where millions of people were killed, blaming the French government.

"You cannot lecture us on humanity… Stay away from Turkey and Turkish people…" – said the Turkish President to Emmanuel Macron.