Estimated time of drone to fly to Mars - VIDEO 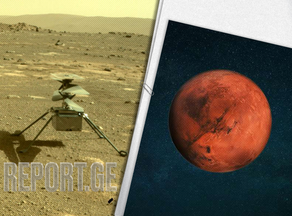 A miniature helicopter attached to the Perseverance Mars Rover spent its first night independently on the Red Planet. There was a danger that the Ingenuity batteries would be damaged if the temperature dropped to -90 ° C, although the flying drone passed the test. The lithium-ion battery was sufficiently packed to withstand such conditions.

Ingenuity has passed an important stage, which means that it will soon become the first object to fly to another planet.

It is expected that on April 7, the drone will spread its wings and will test onboard the computer. On April 12, we may even witness a historical event.