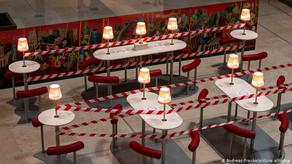 Several countries of the European Union have decided to weaken the quarantine measures in force in their territories during the Christmas period, Deutsche Welle reports.

The Italian government announced that from November 29, three "red zones" hit by the coronavirus - Lombardy, Piedmont, and Calabria - will be re-qualified as "orange," which corresponds to a lower level of danger.

In Italy, residents of Lombardy, Piedmont, and Calabria will again be able to freely move around the territory of their municipality from 5:00 to 22:00 local time.

They will be allowed to travel within the area to get to work, see a doctor, or take their children to school. Shopping centers will also open, but bars, restaurants, and bakeries will remain closed.

Ireland also decided to ease restrictions on several institutions and businesses during the Christmas season. So, subject to hygiene and social distance rules, from December 1, shops, museums, art galleries, and libraries are allowed to open. And from December 4, restaurants and bars will be open again.

Belgium said that non-food stores would open during the Christmas season.

In Germany, quarantine restrictions will be eased from December 23 to January 1.