EU leaders respond to a meeting between Aliyev and Pashinyan 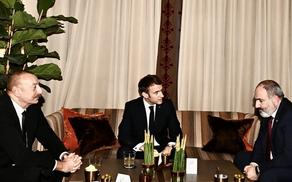 The leaders of the EU and the Eastern Partnership countries have called the meeting between Azerbaijani President Ilham Aliyev and Armenian Prime Minister Nikol Pashinyan in Brussels "an extremely positive step after 30 years of conflict." According to Report.ge, the Azerbaijani media spread the information.

"The meeting of the leaders of Armenia and Azerbaijan in Brussels demonstrates the commitment of the European Union to solving the most difficult problems of this region. Globally, the leaders considered the recent events in Brussels an extremely positive step after 30 years of conflict," a diplomatic source in the EU told reporters on the sidelines of the summit.