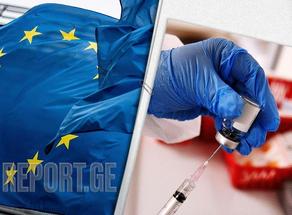 The European Medicines Agency (EMA) hopes to allow a third dose of the Pfizer-BioNTech vaccine in late October, Reuters reports.

It will be the first decision of the EU regulator regarding the so-called booster dose.

"The EMA decision on the third dose of Pfizer is scheduled for early October," an informed source said.

On September 23, the U.S. Food and Drug Administration approved the so-called booster dose of the Pfizer vaccine for people over 65 and high-risk citizens.