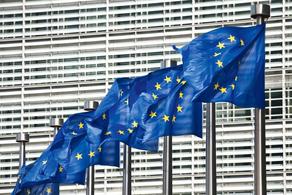 The European Union on Monday prolonged economic sanctions against Russia for six months for failing to live up to its commitments to the peace agreement in Ukraine.

The measures target Russia’s financial, energy and defense sectors, as well as goods that can be used for both civilian and military purposes They are part of a raft of sanctions slapped on Russia in 2014 after it annexed Ukraine’s Crimean Peninsula, and are tied to respect of the 2015 Minsk peace deal.

“Given that full implementation has not yet been achieved, EU leaders took the political decision to roll-over the economic sanctions against Russia,” the EU Council said in a statement. The sanctions have been extended until Jan. 31.

The move limits Russian bank and company access to EU capital markets and outlaws financial assistance or brokering for Russian financial institutions. It halts all imports, exports or transfers of defense equipment, and limits Russia’s access to some “sensitive” technology used in oil production.

More than 14,000 people have been killed in fighting between Ukrainian troops and Russia-backed separatists in eastern Ukraine.