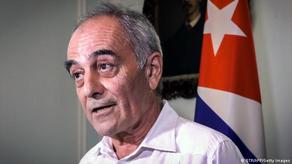 The European Union’s ambassador to Havana has been summoned to Brussels for signing a letter that urges US President Joe Biden to lift business and travel restrictions against Cuba.

The open letter called on Washington to “stop being a hostile neighbor” to Cuba and to “stop interfering in our domestic affairs.”

The other signatories of the letter were mostly ordinary Cuban citizens, including artists, professors, journalists, and university students.

Navarro’s summoning came after 16 MEPs — including several senior lawmakers — sent a letter to Borrell this week, calling for him to dismiss the ambassador.

They called Navarro’s action “a serious act in a totally unfortunate and erratic line of action regarding what should be the defense of our interests and values.”