EU summons the USA revise the WHO financing 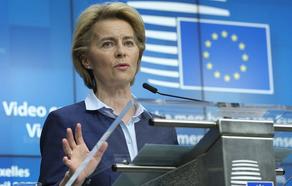 European Union calls on the United States government to revise his decision on termination of relations with the WHO, reads the statement of the President of the European Union, Ursula von der Leyen, and the High Representative of International Policy and Security of EU, Joseph Borelli.

"For this, the participation and support of all is required and very much needed." – said Ursula von der Leyen

Reminder: The United States cuts all relationships with the World Health Organization and transfers the money to other organizations dealing with medical problems.