EU to spend one fifth of budget on climate change 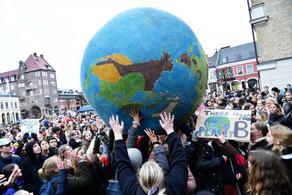 21% of the new EU budget will be spent on fighting the climate change. The 2020 financial document is focused on the competitiveness and economic growth of the EU countries, as well as on security and migration management. Revenue from the budget is $ 168.7 billion, 1.5 % more than in 2019. The spending amount is 153.6 billion, which is 3.4 billion more than last year. The document will be approved by the European Parliament tomorrow.

Scientists from 153 states have made comments about the threats of the climate change, calling the situation critical. According to scientists, 6 basic steps must be taken to prevent a disaster.

UN has counted the amount of funds needed to stop the process of the climate change. In a joint battle to prevent global warming, all countries in the world will have to spend the money they spend on keeping military for two months.