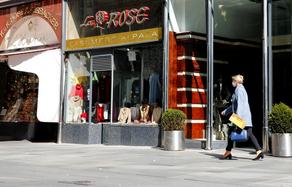 Some European countries have announced plans to ease restrictions on social life, transport and cross-border travel put in place since mid-March to battle the spread of the novel coronavirus, Reuters reports.

Austria plans to let non-essential shops of up to 400 square metres as well as all DIY shops and garden centres reopen on Tuesday, April 14. Shopping malls, hairdressers and larger stores should reopen from May 1.

The Bulgarian parliament also voted on April 6 to ease some restrictions and sanctions imposed last month, with farmers markets allowed to reopen and fines on some activities lowered.

Likewise, the Bulgarian parliament voted on April 6 to ease some restrictions and sanctions imposed last month, with farmers markets allowed to reopen and fines on some activities lowered.

Similarly, The government has allowed shops selling hobby goods or building materials as well as bike shops to reopen from April 7, and has relaxed rules on open-air recreation areas and activities like running or cycling.

As of Norway said on April 7 it would ease curbs gradually, starting with the reopening of kindergartens on April 20 and schools from first to fourth grade a week later.

The ban on hairdressers and makeup salons, as well as on the use of mountain cabins, will also be lifted in April.