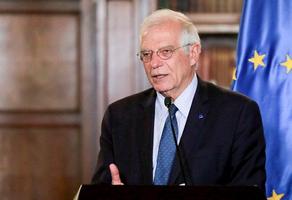 High Commissionaire of European Union in Foreign Politics and Security, Josef Borrell, declared that the European Union does not recognize the election held in Belorussia.

The presidential elections in Belarus officially resulted in an 80.1% victory by the acting president Alexander Lukashenko. His primary opponent, Svetlana Tsikhanovskaya, has gained 10.12% of votes.