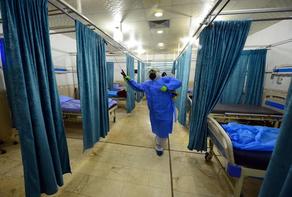 A fire sparked by an oxygen tank explosion killed at least 82 people and injured 110 at a hospital in Baghdad that had been equipped to house COVID-19 patients, Reuters reports.

"We urgently need to review safety measures at all hospitals to prevent such a painful incident from happening in future,” spokesman Khalid al-Muhanna told state television, announcing the toll.

The fire erupted on Saturday at the Ibn Khatib hospital in the Diyala Bridge area.

Ali Bayati, a member of Iraq’s semi-official High Commission for Human Rights, had said earlier a final death toll had not yet been officially announced but it could be between 30 to 45.