Fifteen Children killed by the fire in a children’s asylum 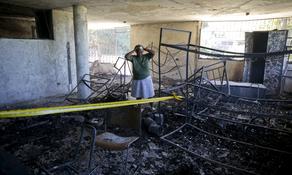 Fifteen children became victims of a fire in the children’s asylum in Haiti. The fire emerged in the non-licensed children’s institution located in a suburb of the capital city. Allegedly, the fire was caused by candles used in substitute for electricity.

Over thirty thousand children are placed in seven hundred and sixty children’s institutions of Haiti.