Fire to break out in migrants’ camp in Greece 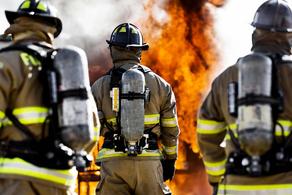 A fire broke out at a refugee center on the Greek island of Lesbos, Greece’s firefighting service said, causing considerable damage to a warehouse but no injuries. The warehouse, which contained furniture and electrical appliances, was completely destroyed, APN repots.

It was the second fire at an installation built for migrants, after a reception center was burned down by unknown perpetrators.

Greece has deployed riot police and border guards to repel people trying to enter the country and the Greek border area has since seen violent confrontations between them and the migrants and police forcing the migrants back to Turkey.

Erdogan will travel to Brussels on Monday to talk with top EU officials about a 2016 Turkey-EU agreement on containing the refugee flows to Europe that has now collapsed.

The President of Turkey has demanded that Europe shoulder more of the burden of caring for refugees, accusing the EU of failing to disburse the money. He announced that Turkey, which already houses more than 3.5 million Syrian refugees, would no longer be Europe’s gatekeeper.

EU foreign ministers have criticized Turkey, saying it is using the migrants’ desperation “for political purposes.”

Thousands of migrants have slept under terrible conditions in makeshift camps near the Greek border since the Turkish government said they were free to go, waiting for the opportunity to enter Greece.