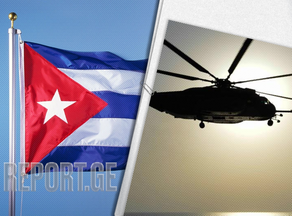 At least five people have died due to a helicopter crash in eastern Cuba, local media Cubadebate reported.

Reports say the incident took place on early Friday when the helicopter was heading from the province of Holguin for Guantanamo, the Cuba Debate newspaper reported, following the Ministry of Defense.

The helicopter reportedly crashed into a highland.

A commission of the Defense Ministry has launched an investigation into the incident.