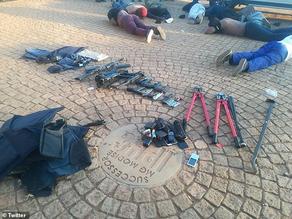 The massacre took place at the International Pentecost Holiness Church in a suburb of Johannesburg in South Africa, writes Daily Mail.

Thirty suspects are arrested, twenty-five firearms seized. Law enforcers report the situation under control. Investigation into the case is in the process.

Pentecost Holiness Church in Zuurbekom has become the object of a leadership battle since 2018 after the head of the church has died.