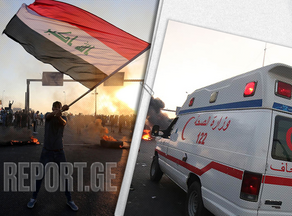 At least five protesters were killed and more than 175 people injured on Friday in clashes between demonstrators and security forces in the southern Iraqi city of Nassiriya, Reuters reports.

Among the fatalities, most died from bullet wounds, a hospital source said, adding that about 120 protesters were wounded. At least 57 members of the security forces were injured, according to a another hospital source and a security source.

The clashes continued on Friday evening after a week of violence that erupted on Sunday when security forces fired to disperse protesters, who were trying to storm the provincial government building using rocks and Molotov cocktails.

Protesters are demanding the removal of the governor and justice for protesters who killed since 2019.