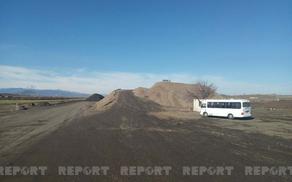 In his words, this area was occupied for more than 30 years, and the occupation policy of Armenia was destructive.

Guliyev noted the airport had already been included in the catalog of international location indices as an airport in Azerbaijan.

The airport will boast a modern navigation system.

"This airport is important for unlocking Karabakh's tourism potential, particularly the pearl of Azerbaijan - Shusha. Besides, it will become a kind of regional air hub. The opening of the airport is planned for the fall," Farhan Guliyev said.