"Flyone Armenia" receives flight permit in the direction of Yerevan-Istanbul 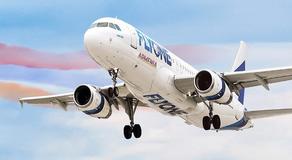 The Civil Aviation Service of Armenia has authorized the airline "Flyone Armenia" to carry out charter flights in the direction of Yerevan-Istanbul. The information is spread by the Armenian media.

Meanwhile, on December 16, Turkish Foreign Minister Mevlüt Çavuşoğlu said that the Turkish authorities were considering a statement by Turkish and Armenian airlines on the Istanbul-Yerevan-Istanbul flight. Earlier, Ankara and Yerevan announced the appointment of special envoys to normalize bilateral relations.