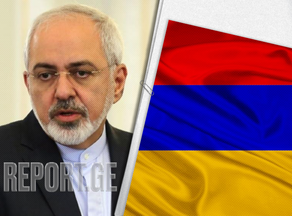 Earlier, the Iranian Foreign Minister paid an official visit to Azerbaijan and Russia.

Within the framework of the regional tour, the Minister of Foreign will visit Georgia on January 27-28.

The Minister of Foreign Affairs of the Islamic Republic of Iran will honor the memory of those who died for Georgia's unity and will lay a wreath at the Heroes' Memorial.