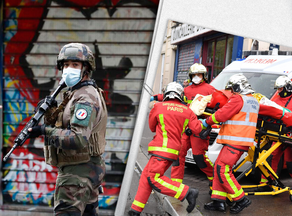 There was an attack near the former office of the satirical magazine Charlie Hebdo in Paris today. The men armed with knives wounded four people, 2 of them are in critical condition. The two suspects managed to flee the scene. The law enforcers are looking for them.

The office of the weekly satirical magazine Charlie Hebdo in Paris was attacked on January 7, 2015.

The terrorist attack resulted in the death of 12 people. The trial of the suspects in the attack is taking part in Paris today.