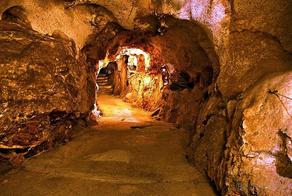 Four men have died in a cave of Lutrac city in Greece, informs Loutraki365, local media

Reportedly, the corps of four men were found in a cave. The wife of one of the victims reported to the police. The reason for death is unknown yet. The working version of the tragedy is that the seekers became the victims of an unidentified explosive appliance, the statement reads.