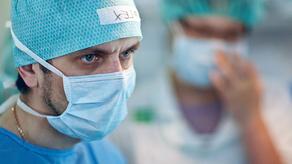 France has confirmed the first two cases of coronavirus in Europe following an outbreak of the deadly disease in China.

The two confirmed cases were announced by the French health minister Agnes Buzyn.

She said one patient has been hospitalised in Paris and the other in the southwestern city of Bordeaux.

The health minister told a news conference these were the first two confirmed cases in Europe and that more cases were likely to occur in France, the Evening Standard reports.

By far, most cases of the new coronavirus have been limited to China, where more than 800 cases have been reported. At least 26 people have died.


The coronavirus has already spread outside China's borders, with its cases reported in Thailand, Japan, South Korea, the U.S., Hong-Kong, Taivan, Saudi Arabia, Singapore, and other countries.

The formerly unknown type of pneumonia was detected in China on 7 January 2019, with 2019-nCov causing the deadly disease. The virus may mutate and the disease outbreak may expand massively, the Chinese authorities say.