France recalls its ambassador from Turkey after Erdogan's statement

France recalls its ambassador from Turkey after Erdogan's statement 25 October, 2020  00:04 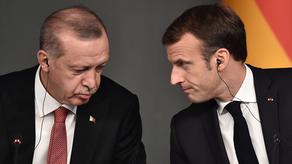 "President Erdogan's words are unacceptable… We call on Erdogan to change his political course, as he is dangerous," the French presidential administration said.

The administration of Emmanuel Macron also noted that they did not receive condolences from Turkey after the murder of a teacher on the outskirts of Paris.

Earlier today, Recep Tayyip Erdogan said that French President Emmanuel Macron is Islamophobic and needs treatment because of his attitude towards Muslims.