French military kill the leader of the "Islamic State" 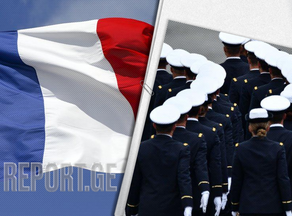 "The French military has killed Adnan Abu Walid al-Sahrawi, the leader of the Islamic State, a terrorist organization in the Sahara," the President of France Emmanuel Macron revealed. The information is spread by Reuters.

"This is another significant success in the fight against terrorist groups in the Sahel," Macron said.

The French leader did not specify the exact location of the operation.

According to the administration of the President of France, Adnan Abu Walid al-Sahrawi was the leader of the "Islamic State" in the Sahel region of West Africa. In August 2020, he ordered the assassination of six French charity workers and their Nigerian driver.